A Walk Among the Dark Age Spirits

With my big exam finally behind me, last weekend I was in dire need of some fresh air and a good walk. So with a gap in the seemingly endless rains, we took the opportunity of taking a long wander into the spiritual world of the Dark Ages around a small village with a big history.

Wootten Wawen in Warwickshire is a little historical haven, having been a homeland for people of the region since the late Bronze Age. Its haunting wildwood, lush pastures and meadows gave rise to an early society of scattered farmsteads linked together with a network of paths and a river, and all its ancient peoples have left their marks and mysteries in the landscape across the millennia. 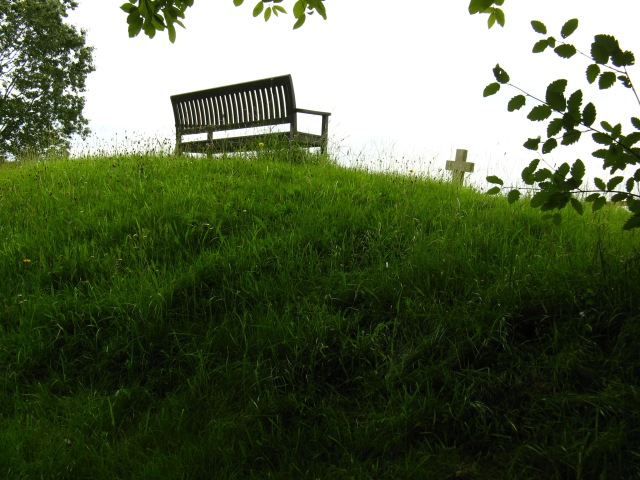 The ancient with the modern: the tumulus in the churchyard

Although not much is known about prehistoric religious systems, it’s widely agreed that there was a strong spiritual attachment with the land, and features such as woods and streams held particular significance as holy sites. The dead were also an important presence, being laid to rest in burial mounds called tumuli, one of which has been discovered in the churchyard at Wootton Wawen. The Romans tried to eliminate this form of nature worship, but after their departure in the early 5th Century the succeeding Saxon settlers revived the old practices and incorporated them into their own pagan beliefs. This village, nestled in the middle of an ancient holy site now called Austy Wood, had all the right features and ingredients to remain a prominent place throughout the Middle Ages and beyond. So we set out on a trip to investigate the area’s important early medieval sacred sites at a time when the new Christian religion was just arriving on our shores.

A path from the village centre took us out along an ancient embankment, part of an extensive  complex of Iron Age earthworks about which little is known, save its medieval nickname of Puck’s Dyke. Puck is a spirit name, and the Celts believed that many of their gods and spirits inhabited the landscape. They named places and things after them, and it seems this tradition may well have resurfaced in the Middle Ages. 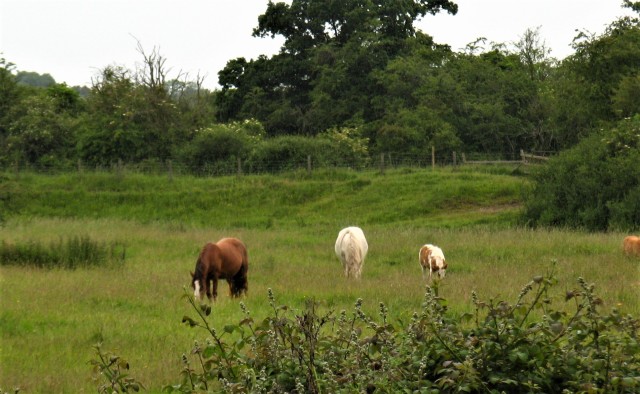 We soon came to a footbridge across the fast-flowing River Alne, a name corrupted from the original ‘Alwen’, meaning ‘white’ or ‘shining’, reflecting the sacred nature attributed to it by the ancient Britons. After crossing a few fields, we reached my favourite part of this walk: Austy Wood itself. Its ancient name was Horstow, meaning ‘hallowed place’, strongly suggesting that it was here that pre-Christian religious ceremonies took place. Without doubt there’s more than a hint of the mystical within its enchanted groves. The first Christian missionaries clearly realised this because they hijacked the woodland for the new faith, placing crosses around its then expansive boundaries and holding religious ceremonies in the ready-made holy site. 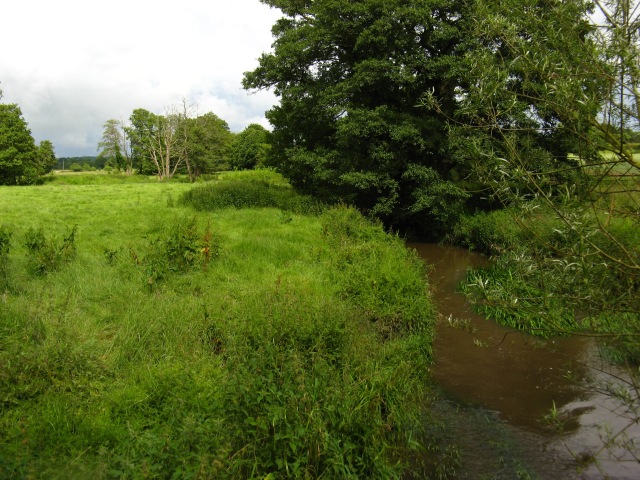 The River Alne connected the old communities and farmsteads 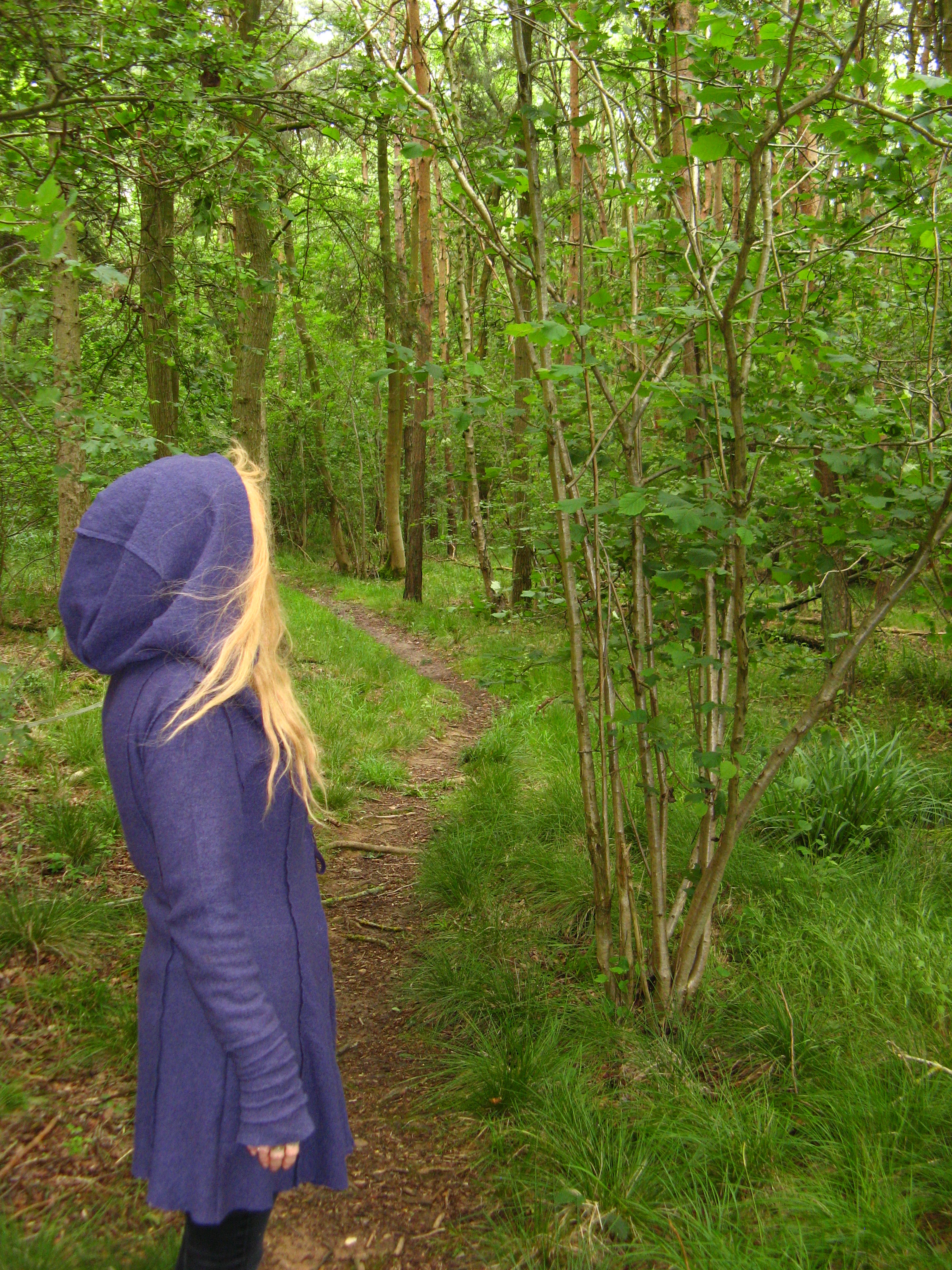 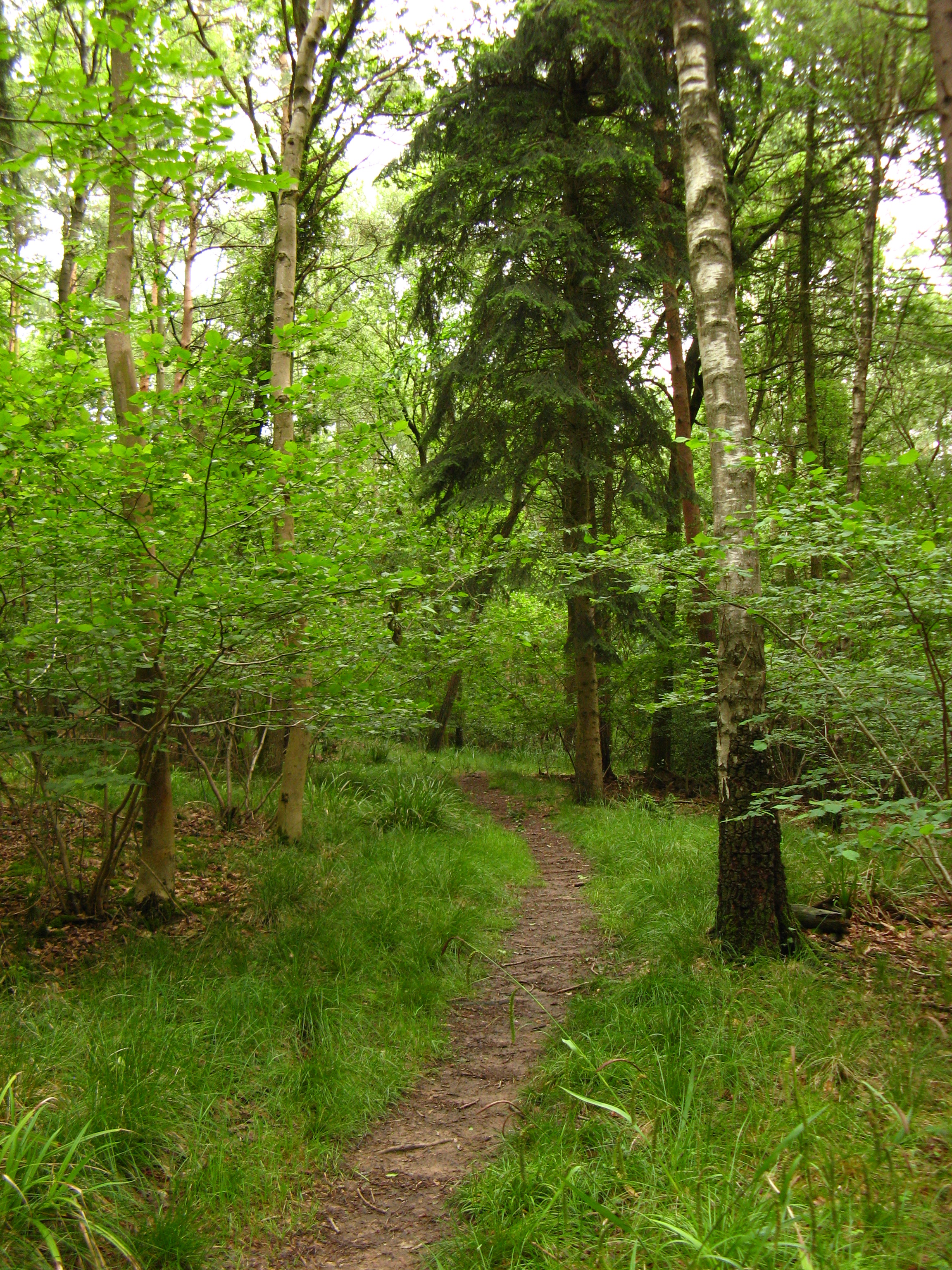 The way though the woods

Leaving the sanctuary of Horstow, we continued in the footsteps of medieval folk along a hollow way, a trackway running from Wootton Wawen to the outlying fields. Separated from the farmland by boundary hedges, these special paths have been gradually eroded by centuries of use until they are lower than the fields around them. For me, there’s something a little bit spellbinding about hollow ways, knowing that by wandering along them we’re leaving our own footprints to mingle with those of our medieval ancestors.

In the footsteps of the ancestors: the medieval hollow way

Our pub stop was – for once – a softie break, owing to the wine consumed the night before by way of winding down after my exam (but don’t worry – we won’t make a habit of it!) and after a short break we headed back towards the village to the attractive church of St Peter. Inside, the Lady Chapel hosts a permanent exhibition called The Saxon Sanctury, covering the holy history of Wootton Wawen. The village’s curious name is derived from the name Wudu Tun – an ‘estate in the woods’, which was the manor of a Saxon thegn – or lord – called Wagen, until the Normans arrived. The first church here was founded in the early 700’s as part of a minster in the Saxon royal territory of Stoppingas, but it was no ordinary church. The original Minster of St Mary was the operations base for those missionaries who erected the crosses around Horstow woods. The black-cowled Benedictines also placed their crosses within the widespread communities of Stoppingas, where they preached the Word to the local Saxon heathens. Wudu Tun was at the centre of their target territory, and it was here that a wooden church was built, later to be reworked in stone. This remained the Mother church of a huge parish throughout the turbulent years of Viking raids and invasions, the old monastic community waning and giving way to control by the bishops of Worcester and the patronage of local thegns, the last of whom was Wagen. 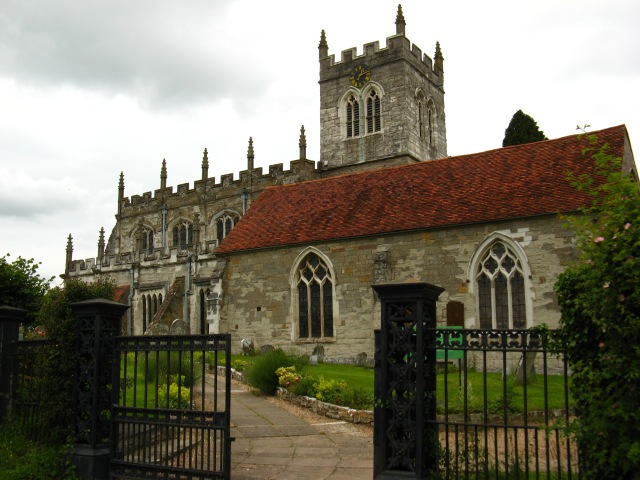 There are many mysteries about what happened to Wagen after the Normans took over. One theory is that he fought and perished at Hastings, and another that he fled into exile. But whatever fate befell the last Saxon thegn of Wudu Tun, he’s immortalised in the name of this special little place in a landscape shaped by thousands of years of spiritual rites.

57 thoughts on “A Walk Among the Dark Age Spirits”