Paying Homage and the Road to Wales…

It’s seemed a long time coming, but next weekend, on 21st July, I’ll finally be setting off on my Big Welsh Castle Wander. Starting from the walls of Chester Castle, my departure for this historical quest around North Wales will coincide with the actual time that Edward 1st led his army from the same place on his major offensive in the first Welsh war of 1277. So at this significant time, I will follow in his footsteps and begin to tell the story of how England and Wales became united under this formidable warrior king, changing the political and cultural landscape of these lands forever. 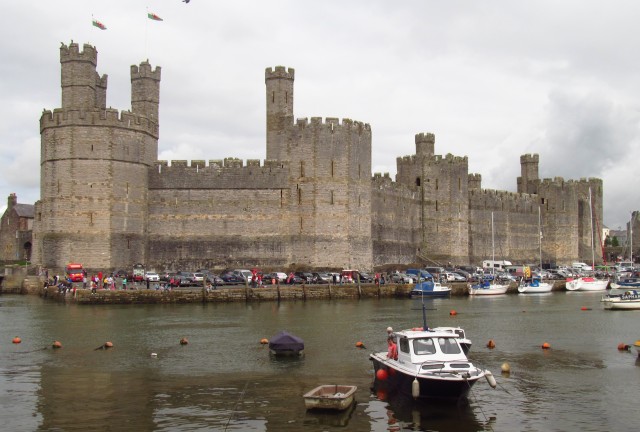 Caernarfon Castle: the jewel in Edward’s ‘iron ring’ crown. Soon I’ll be standing right at the top of  those tallest towers…

As I walk through the territory of those turbulent times, I’ll report on my escapades as well as chart the events of that fateful time. Along the way I’ll stop at each of the castles Edward built to assert his authority over the Welsh, four of which are a World Heritage Site. My route will be mainly on foot, but I’ll also be arriving at Beaumaris Castle on Anglesey by boat, just as the 13th Century troops did, and as a treat I’ll be flying the last leg between Caernarfon and Harlech to take some aerial photos before visiting Harlech the following day. From the castles I’ll reveal their own individual stories, and how each played its part in shaping the lands of the last native Prince of Wales. It’s a fascinating tale of two driven men, a clash of ambitions, twisted loyalties and a regal stand-off that ultimately led to the union of two nations that has lasted to this day.

Edward had always been inspired by the stories of King Arthur, a real historical figure in medieval minds, who had ruled over a united kingdom of Britain. And he wanted to emulate his hero. But the Welsh ruling princes had their own ideas and aspirations, and they weren’t going to take any form of oppression lying down. It was an explosive mix, and in the 1270’s fate lit the fuse. 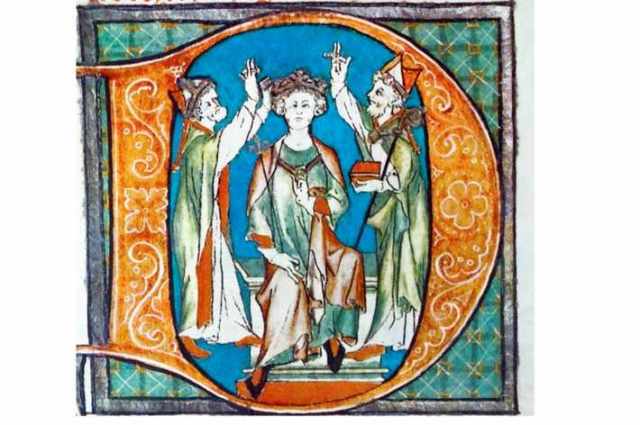 But before I head up to Chester, I wanted to touch on another prominent ceremony of the Middle Ages, and one that carried heavy significance in terms of how far a king could trust his nobles: the act of paying Homage.

This important ritual was rooted in the feudal system which gave England its pyramidal social structure and military customs in the Middle Ages. In this age of chivalry, when glory could be won on the battlefield and intrigue or invasion lurked around every corner, the king needed to know who he could trust to support him. At this time, all this country’s green and pleasant land belonged to the king, but he parcelled out sections to his barons and lords in return for military service. These barons, in turn, could give lands to more minor lords in return for similar support. A noble holding such lands, called a fief, would be expected to turn up as required, armed and ready to fight for the king, or for whichever baron he held his lands from. The wealthier nobles who held extensive lands would be expected to gather a number of trained fighting men in addition to himself. So in this two-way feudal relationship, loyalty needed to be demonstrated in return for territorial gifts, and the answer was the symbolic act of Homage.

The act of Homage sealed the deal between overlord and vassal

The solemn ceremony involved the land-holding vassal kneeling and placing his hands between the hands of his king or overlord. He would then swear an oath to serve him, pledging that he was now his man. Thus the bond was struck. Or at least it was in theory.

But things didn’t always work out as planned, and in the 13th Century, when Edward 1st came to the throne and turned his attention to Wales, it was this act of Homage that caused all the problems…

60 thoughts on “Paying Homage and the Road to Wales…”