On This Day: the Fallout from a Fall Out that Let Down a King

On this day, 26th July in 1469, a fierce battle was fought in the fields around the tiny hamlet of Edgcote in Northamptonshire. It was one of the many violent conflicts in the protracted civil war known as the Wars of the Roses, but this time the defeat of the royalist army spelled disaster for England and led to the capture of the king himself. Yet it might all have been avoided and the outcome very different if two armies on the same side had got on a bit better. It’s a little known battle with a good story, and when I discovered that one side most likely made their advance from the very village where my mum lives, I decided to mark the battle’s anniversary with a 10-mile walk to see where it all happened.

The North Oxfordshire countryside where the walk began

My historical hike started in the pretty village of Mollington near Banbury and wound around the undulating landscape of North Oxfordshire and Northamptonshire to end up in the pub opposite my mum’s house in Thorpe Mandeville. Our route took in part of the 20-mile Battlefield Trail that links three sites across the area. Two of these battles – Edgehill and Cropredy Bridge – featured in the 17th century Civil War and are fascinating in themselves, but today my focus was on the last stop on the trail, the scene of a disastrous medieval clash. 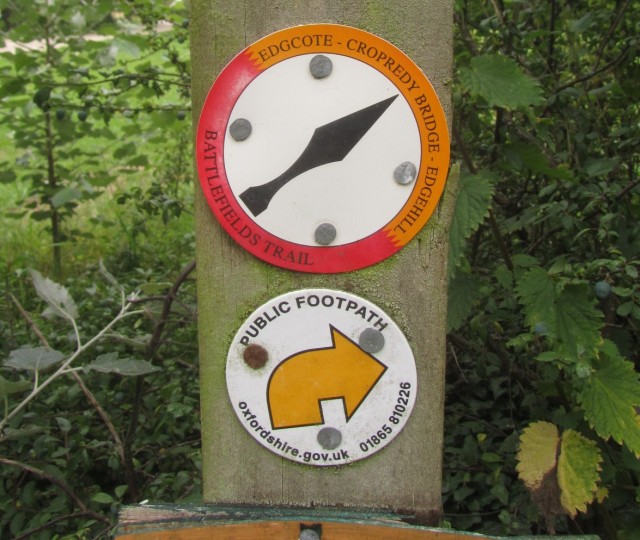 On the Battlefield Trail…

From Mollington we set off across the rolling fields, and soon we were high enough to look ahead towards our destination, just a tiny point somewhere in the far distance. It always amazes me how far you can travel on foot in a relatively short time, and what a wonderful tonic some fresh air and a simple break from the modern world can be. So having shaken off the shackles of 2020 deep in the tranquil countryside, I breathed a welcome sigh of relief and walked onwards to the past.

The first stop was 1644, where we had a short break in the lovely village of Cropredy for lunch. It was here that parliamentarians and royalists clashed around several crossing points of the River Cherwell, and although the outcome was indecisive it proved to be a major setback for the parliamentarian cause. After reading all about it, it was time to press on. We left Cropredy along a pretty stretch of the Oxford canal before following the trail along winding lanes and rolling fields, walking further back in time to the site of a medieval royalist defeat.

Leaving Cropredy along a pretty stretch of the Oxford canal

Our route took us through this stunning field of purple… 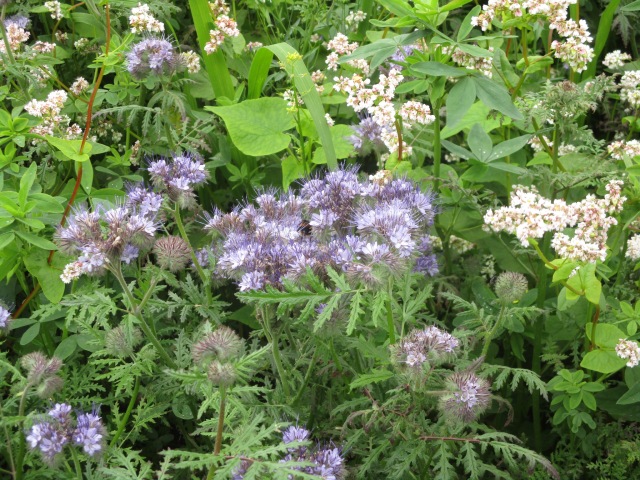 …if anyone knows what these are, please do tell

The Wars of the Roses is rather aptly named, being a particularly tangled and thorny period in British medieval history. This brutal fight between two branches of the Plantagenet dynasty for the prize of the English crown lasted some thirty years until the red rose of Lancaster triumphed when Richard III was killed at Bosworth in 1485. It’s the stuff of sagas; a bloody conflict that divided families during a time of treachery and shifting alliances, when the time-honoured rules of chivalry gave way to the merciless slash of a sword. The battle of Edgcote came around half way through the period, sparked by a rebellion against King Edward IV by a mysterious figure from the north calling himself Robin of Redesdale. The most likely candidate for Robin is Sir William Conyers, a kinsman of the most powerful noble in the land, Sir Richard Neville, Earl of Warwick, otherwise known as the Kingmaker. Having helped Edward to the throne in 1461, by 1469 Warwick had turned against the king, and it was he who secretly orchestrated the uprising in the north in a bid to topple Edward. 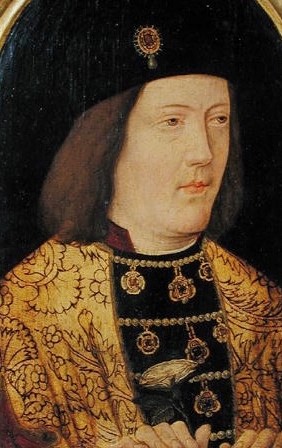 When Edward learned of the northern rebellion he ordered his loyal supporter William Herbert, Earl of Pembroke to lead a vast army of Welshmen to meet him in Nottingham, accompanied by Humphrey Stafford, Earl of Devon with seven thousand west country archers. But as the host moved north, Pembroke was unaware that Robin of Redesdale was marching south to join forces with Warwick, setting the two sides on a collision course somewhere around Banbury. A contemporary chronicler, John Warkworth, tells us that in total Pembroke had 50,000 men under his command, so even with an unplanned encounter this would probably have been enough to win the for royalist cause. But when the great army settled to rest on the night of the 25th July, Pembroke and Devon fell out over their accommodation and Devon stomped off in a huff, taking all his men with him, leaving poor William Herbert to fight the next day without a crucial supply of archers.

On the morning of 26th July, the two sides met in the fields around Edgcote, some 6 miles north east of Banbury. Warkworth describes the encounter, stating that:

‘Robin of Redesdale attacked the Welshmen on a plain beyond Banbury, and they fought bitterly’ 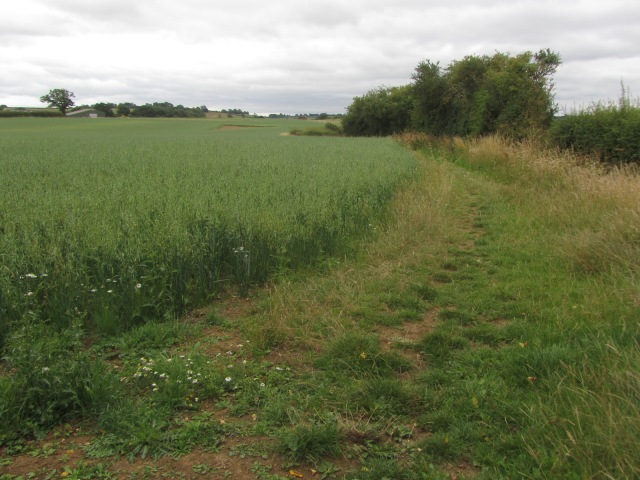 The plain beyond Banbury: the battlefield at Edgcote

At first, despite the lack of archers, Pembroke’s force of Welsh men-at-arms managed to hold their own in a fierce fight for control of another crossing of the River Cherwell. But when rebel reinforcements arrived Pembroke’s troops mistook them for Warwick’s mighty army, and many broke and fled. The result was devastation for the royalists. The Welsh were crushed, with 168 nobles killed, and the unfortunate Earl of Pembroke himself being captured and executed the following day. I bet he wished he’d kept quiet about that overnight accommodation…

With the rebel’s success at Edgcote, Warwick was free to trace the king to a village near Northampton, where he captured him and held him at Warwick and later Middleham Castle in Yorkshire. But you can’t keep a good man down, and Warwick’s triumph was short-lived. Unable to rally sufficient support to hand the crown to Edward’s brother, George Duke of Clarence, he was forced to release the king amid the widespread disorder caused by the events at Edgcote. So Edward returned to his throne in London, and just two years later, in 1471, the treacherous ‘Kingmaker’ Warwick met his end facing Edward’s army at the Battle of Barnet.

Taking in the battlefield site 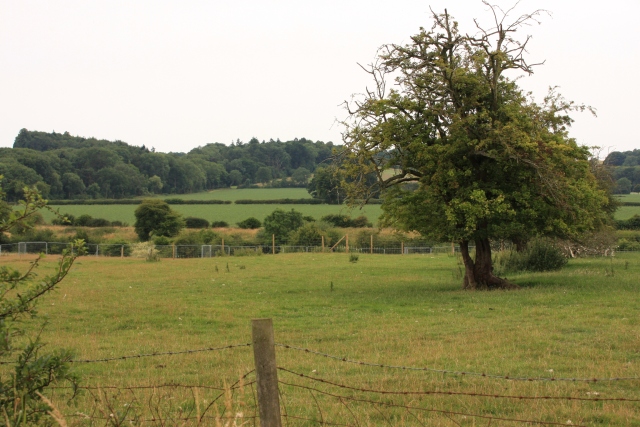 A wander around the battlefield today betrays no hint of the bloody combat that played out on its soil back in 1469, but there is an eerily still atmosphere that lingers in the sweeping landscape. I took it all in as we walked through the fields towards Thorpe Mandeville, which according to one theory is where the rebels advanced from. The location would make sense as a site for an army encampment because it lies uphill from Edgcote, as my legs discovered on the home stretch. Troops setting off from my mum’s village would have meant they marched downhill to battle, and that must have helped with their stamina levels. By contrast, I was ready for a rest and a drink when we reached our final destination, so we met Mum in The Three Conies, Thorpe Mandeville’s own wonderful and welcoming hostelry. And I can tell you, this accommodation would be worth arguing over… 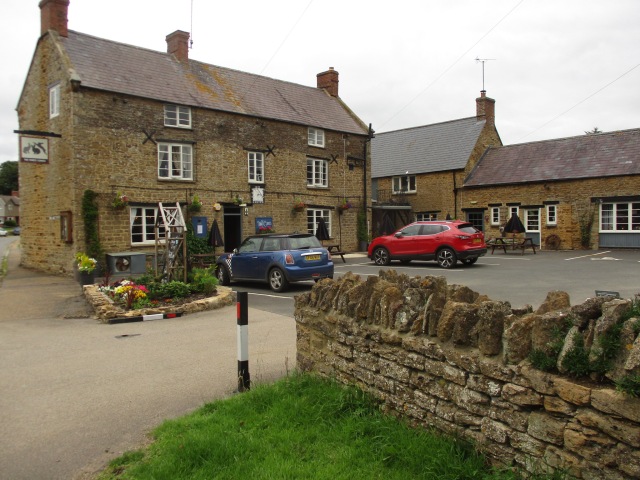 The end point: a welcome chance to rest my weary legs at the pub in Thorpe Mandeville

So after my long wander through time and battlefields past, we all drank a toast to the hundreds of men who fell in the nearby fields during this most savage of dynastic ruptures, on this day in 1469. 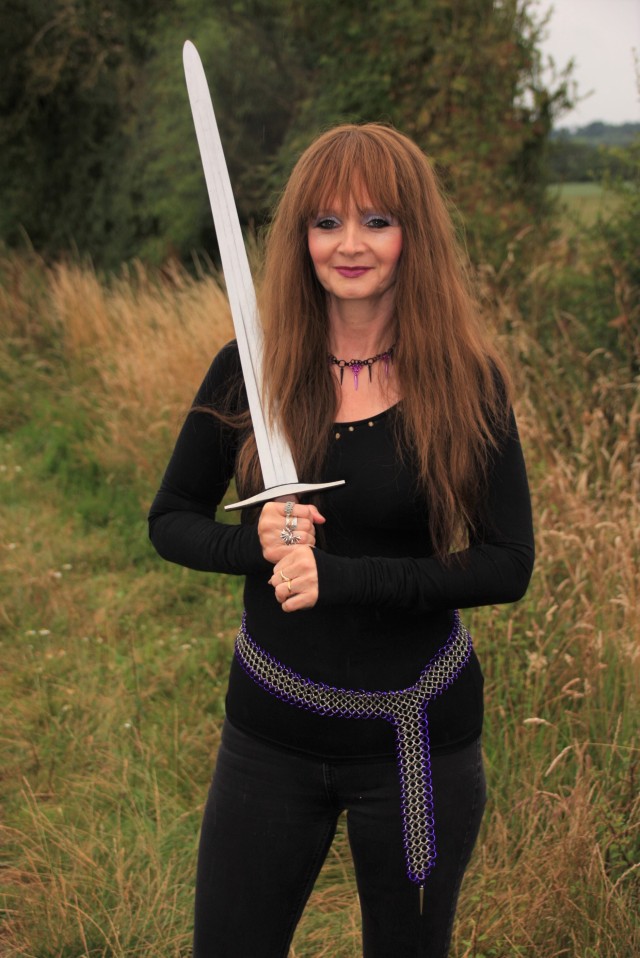 For York – and King Edward!

68 thoughts on “On This Day: the Fallout from a Fall Out that Let Down a King”