On This Day: Death of a Queen and a Celestial Omen

On this day, 16th March in 1484, Anne Neville, Richard III’s queen, died at Westminster Palace, most likely from Tuberculosis. The couple had been friends since childhood, and Richard is said to have wept bitterly at her funeral. But the timing of Anne’s death, according to medieval beliefs, was eerily prophetic.

Anne Neville, the Kingmaker’s daughter and the last medieval Queen of England

Anne was the younger daughter of the most powerful baron in the land, the ‘Kingmaker’ Earl of Warwick, Richard Neville. She spent most of her childhood with her elder sister Isabel at Middleham Castle in North Yorkshire, and it was there that she met and befriended Richard while he was training for knighthood. When Lord Warwick switched allegiance from the Yorkist King Edward IV, Richard’s elder brother, to the Lancastrian cause, he arranged Anne’s marriage to the only son of the toppled mentally ill king Henry VI and Queen Margaret of Anjou to seal the alliance. Anne had no choice but to go through with it, but her marriage to Edward of Lancaster was only brief, as was Warwick’s restoration of Henry to the throne, and both Anne’s husband and father were killed in battles with the Yorkists in 1471. 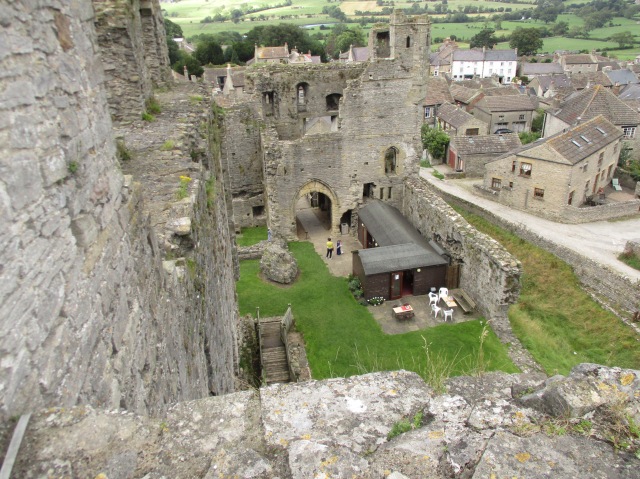 Middleham Castle, where Anne grew up and got to know her future husband, Richard Duke of Gloucester, later Richard III

With Anne once again a free agent, Richard wanted to marry her, but his brother George, Duke of Clarence, Isabel’s husband, opposed the match. He and Isabel had given Anne shelter after Edward of Lancaster was killed, and George tried to keep her hidden so he could have both heiresses’ estates and fortunes for himself. There’s even a story that he hid Anne away in a London mansion disguised as a kitchen maid. However, she managed to slip George’s shackles, and after some debate before the king and then parliament, permission was finally granted for the pair to marry, and Warwick’s estates were to be divided between the two brothers.

Anne and Richard married, probably early in 1473, and they were crowned together at a magnificent ceremony in 1483 after parliament declared Edward IV’s heirs illegitimate. They only had one child, a son called Edward, but the young prince died suddenly in 1484 after a short illness, leaving his parents devastated. Later that year Anne’s health began to deteriorate, and in less than 12 months she followed her son to the grave. 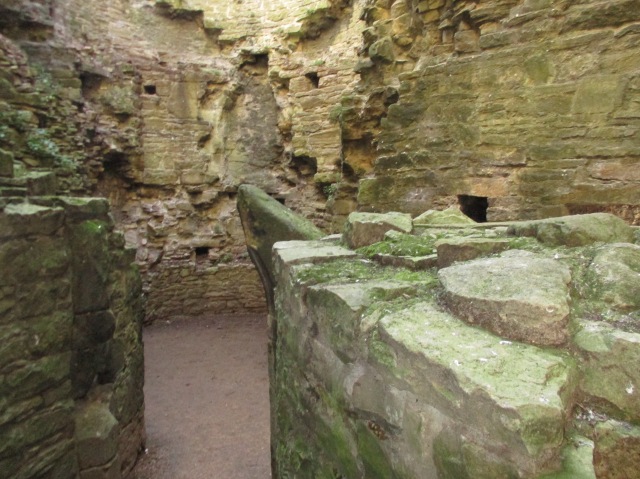 The haunting remains of the entrance to the Princes Tower at Middleham Castle, where it’s believed that Anne and Richard’s son, Edward, was born

As Anne lay dying on 16th March 1485, there was a full solar eclipse. The sky darkened, the birds roosted and all went quiet. In these superstitious medieval times, celestial events were seen as divine omens and portents, causing fear and uncertainty. The Saxons linked them to attacks by the Vikings, and the Anglo Saxon chronicle notes that in the year 879: “A band of invaders gathered and established a base at Fulham; and in the same year the sun was eclipsed for one hour of the day.” Many believed that an eclipse signalled the fall of a king. One 12th Century chronicler, John of Worcester wrote: “in 1133 a darkness appeared in the sky throughout England. Some said that this was an eclipse of the sun… King Henry left England for Normandy, never to return alive.” Perhaps there was something in it back then after all, because just five months after Anne’s death, Richard was killed at the Battle of Bosworth and the Plantagenet dynasty that had ruled England for over 300 years died with him. The great era of the Middle Ages had breathed its last, and a new chapter of history was born.

So this evening I shall raise a glass to Anne Neville, and all my medieval heroes whose lives, loves and deaths played out far back in the shrouded mists of this most enticing and compelling of times.

34 thoughts on “On This Day: Death of a Queen and a Celestial Omen”