Edward and Eleanor: a royal love story set in stone

A royal wedding in medieval times was all about sealing alliances and striking political deals, so emotional entanglements didn’t usually enter the equation. Consequently, it was common for husbands in royal and elite circles to play the field, often enjoying a string of dalliances or even find lasting extra-marital love. But occasionally there was a true success story, and in 1254 a diplomatic marriage between two teenagers began a lifelong devotion between one of our most powerful warrior kings and his Spanish queen that has left its mark on our landscape to this day.

It started with a squabble over Gascony, England’s last remnant of its former Angevin lands. A new and ambitious Spanish king, Alfonso X, was laying claim to this territory of the English King Henry III and the stage was set for a fight. Alfonso backed a Gascon rebellion, and the province began to fall to the Spanish. Eventually, however, both sides agreed that a diplomatic solution was the best way forward, and this would be sealed with a marriage between Henry’s eldest son, Prince Edward, and Alfonso’s little half-sister, Eleanor of Castile. Edward was 15 years old and Eleanor just shy of 13. Edward was keen to do his duty, praising the fiancée he’d never met as a girl “whose prudence and beauty we have heard by general report”. The two met and married on the same day in November 1254, and despite efforts to keep them apart owing to their tender ages, it quickly became apparent that the young royal couple were forming a close attachment. 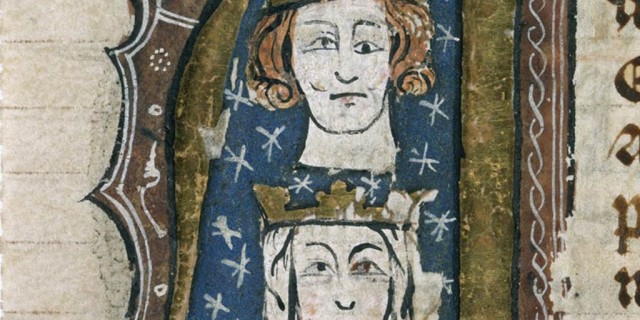 Edward 1st and his beloved queen Eleanor of Castile

It was a good match. By the age of 16, Edward had grown into an unusually tall, handsome, blond and broad-chested hunk, while Eleanor was said to be beautiful as well as highly intelligent and well educated. They shared mutual interests including hunting and a deep love of the romantic Arthurian legends.

The couple became inseparable, with Eleanor an unwavering support throughout her husband’s endeavours and campaigns. She accompanied him on the ninth crusade to the Holy Land, where she gave birth to a daughter in Acre. There’s even a legendary story of her intervening to save Edward’s life after he was stabbed with a poisoned dagger during a meeting with Muslim messengers on a spurious peace mission. According to one account she sucked out the poison from the wound herself. Edward survived the attack, and later returned home to the news that his father had died, and he was now King Edward 1st of England.

Eleanor worked tirelessly. She bore Edward 16 children, many of whom died young, so she spent a great deal of her adult life in a state of pregnancy. She played the property market, becoming a business woman in her own right, and she was a keen patron of the arts and literature. Eleanor was said to have brought out the best in Edward, and unlike many other kings, there’s no evidence or records to suggest that he ever took a mistress. Instead, there are stories of the couple’s fun-loving side as they enjoyed playing games. One playful tradition took place every Easter Monday, when Eleanor would send her ladies to trap Edward in his bedroom until he paid them a token ransom to be allowed to go to her chambers on the first day after Lent.

But constant pregnancy and hard work would eventually take its toll, and after the birth of their 16th child Eleanor’s health began to fail, and she suffered a malarial fever during a trip to Gascony. It was whilst travelling in Nottinghamshire during November 1290 that Eleanor fell ill again, her condition worsening, and on the evening of 28th November in the village of Harby, she died with Edward by her side. 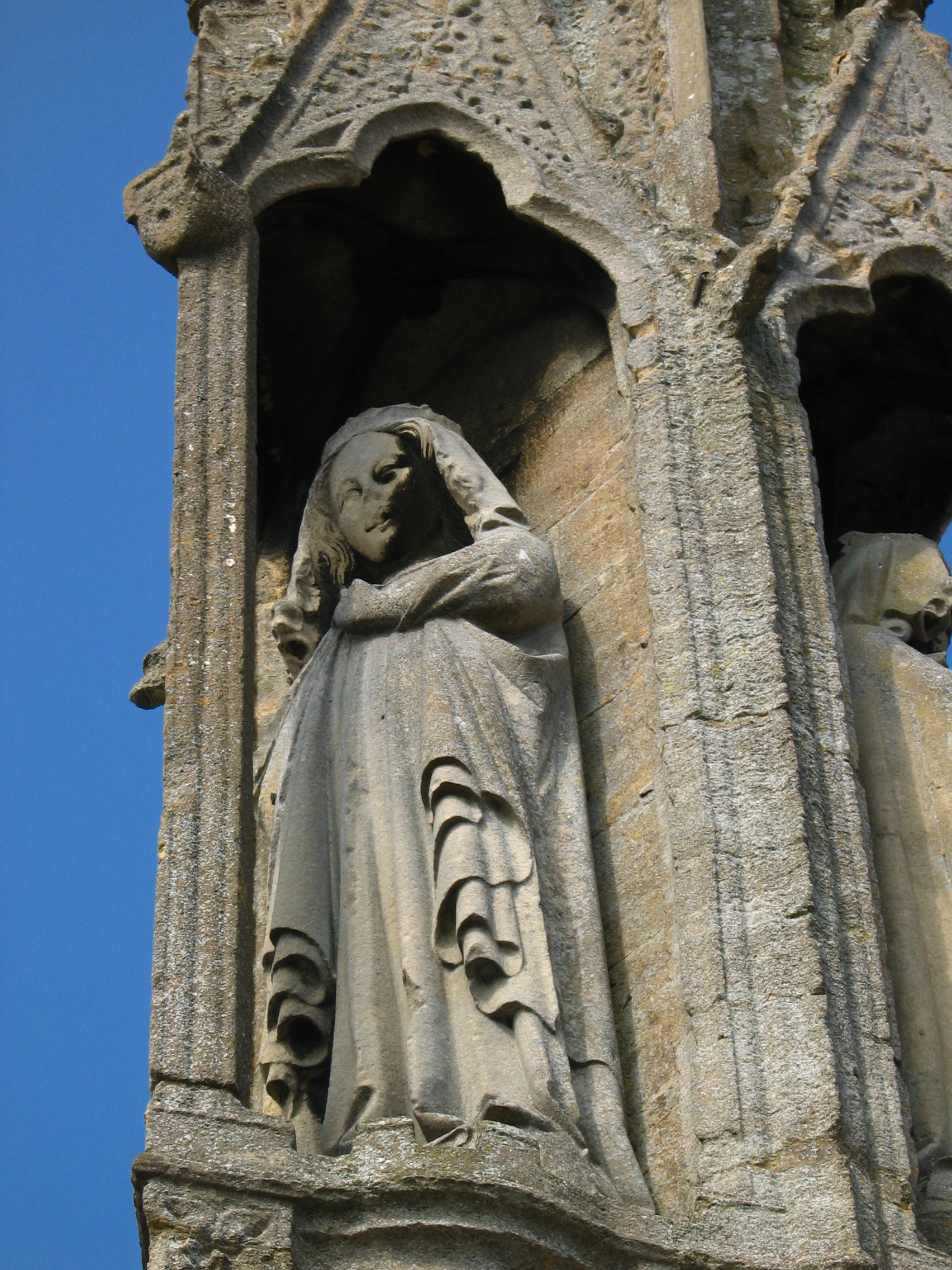 Eleanor depicted on her memorial cross at Geddington

Edward was grief stricken, and the effects of his pain were felt across the land. Eleanor’s body was taken to Lincoln for embalming, and from there Edward organised an elaborate funeral procession to Westminster, lasting some two weeks, until 17th December when she was buried in Westminster Abbey. But Edward hadn’t finished with his tributes; he wanted more to preserve the memory of his beloved wife. He ordered a dozen monuments to be created in marble and stone, each one surmounted by a devotional cross, and had one placed at each point the funeral procession had stopped on its journey from Lincoln to London. Known as the Eleanor Crosses, only three of the original twelve remain; one at Waltham in Hertfordshire and two at Hardingstone and Geddington in Northamptonshire, the latter being the best preserved. The other, now vanished crosses included one sited at Cheapside and another at Charing – hence the name Charing Cross – in London. 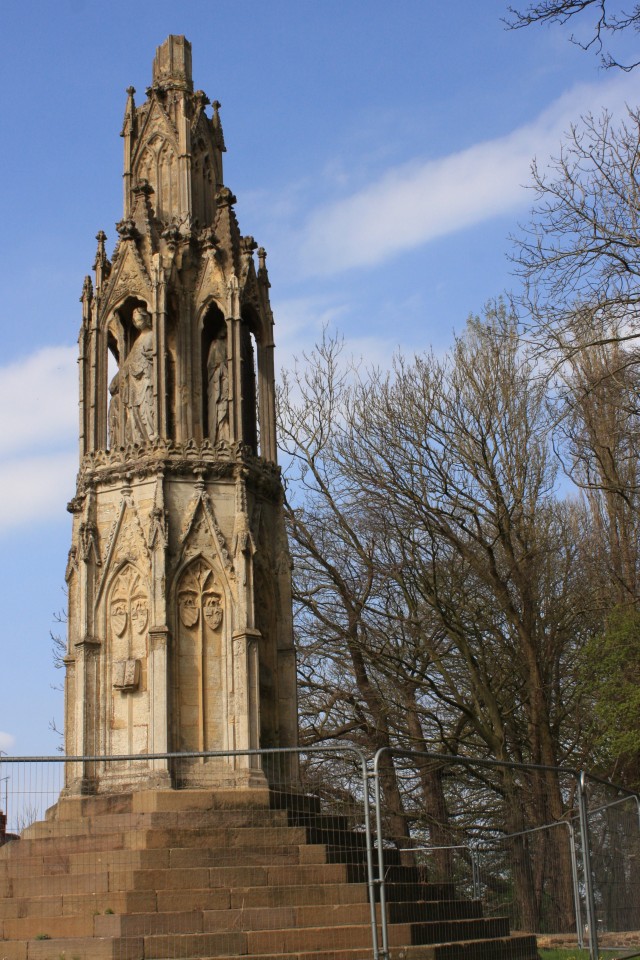 The Eleanor Cross at Hardingstone, one of the three to survive 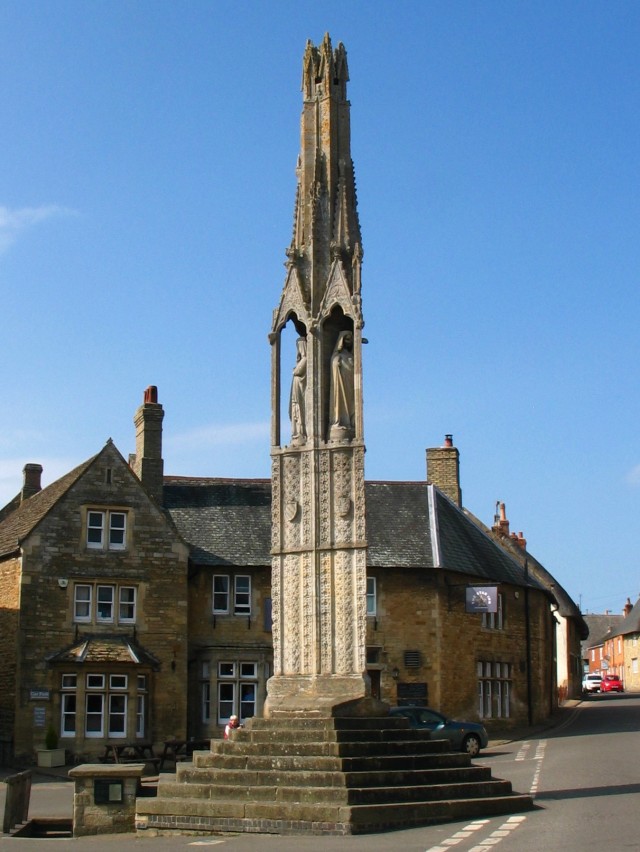 Edward did eventually remarry. A singleton medieval king was a waste of diplomatic opportunities. And Eleanor’s death didn’t diminish his dynastic ambitions, so his dream of ruling over a united Albion continued unabated with his invasion of Scotland. But his love for Eleanor never faded. He attended memorials to her for the rest of his life, and the brutality of his later years is often attributed to his enduring grief. From the distant cries of this far-away time, we can catch a fleeting glimpse of how keenly Edward felt the loss of Eleanor in his own words. The year after her death, he wrote a letter to the abbot of Cluny in France in which he referred to his late wife: “whom in life we dearly cherished, and whom in death we cannot cease to love”. It’s these precious relics of a rare medieval love story that have survived in words and in stone, bearing across the centuries the eternal echoes of a devotion that never died.

46 thoughts on “Edward and Eleanor: a royal love story set in stone”